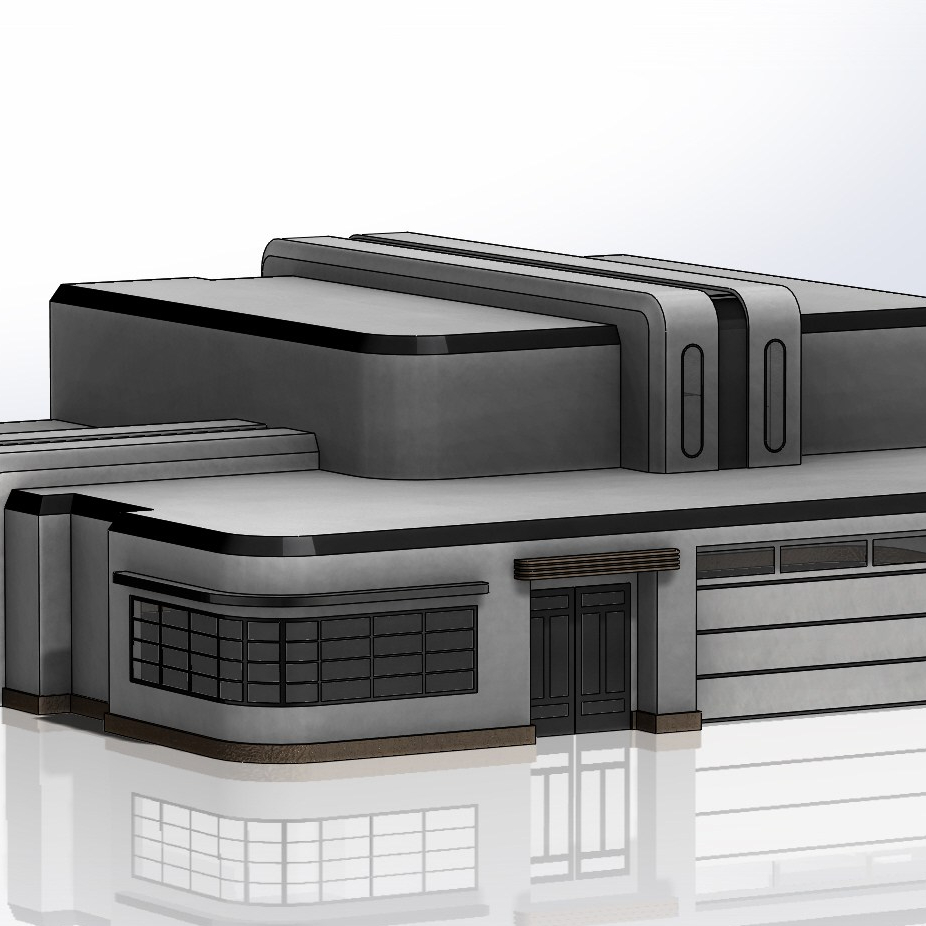 I was excited to find out the first project in my tech class at Bosco Tech for my senior year was going to be architecture. Last time I had done anything architecture related it was in my sophomore year. I dominated at architecture my sophomore year and if I wanted to do it again I had to significantly step up my architecture game. The layout of the project was similar to the last time as it was going to go from increasingly refined sketches to a final 3D model except it was more advanced. We were allowed to make the “sketches” in any way that was best suited for ourselves (on paper, in photoshop, in SketchUp, etc.) and the final house was to be completed in Autodesk Revit (actual architectural design software). Unfortunately, I never completed this project. I was pulled out of it to work on another project when I was halfway through my first “refined sketch” of the “house” after having completed the first 10 “sketches.”

I chose to work alone and before starting on the first sketch we had to choose the architecture to go with. Everyone chose their top five. My top five were American Craftsman, American Foursquare, Brutalist, Contemporary, and Streamline Moderne. I ended up choosing Streamline Moderne and started on my first ten sketches. I seriously wanted to stand out in this project so instead of creating colorless sketches on paper, in photoshop, or in SketchUp, I created ten full color 3D models in SolidWorks for just my first ten “sketches”. I knew it would take a lot more time for me and it did but I got them done on time and presented them to the class along with everyone else. I was the only one who even remotely went this overkill with the sketches. The first ten sketches were required to take inspiration directly from reference pictures so they share many similarities with real world pictures or design concepts of streamlined architecture. The main problem with streamlined architecture was that I was finding it very difficult to find actual pictures of real world streamline moderne houses which didn’t look like crap. Due to this, none of my first ten sketches really look like houses because they are based off of commercial buildings. Fortunately the instructor was fine with this and allowed my first ten sketches to look like commercial buildings.

After completing the first 10 “sketches” the class moved onto a set of 5 refined “sketches”. These ones needed to look like houses and having never seen an actual picture of a good looking streamline-moderne house I had to put in even more effort (ended up designing a duplex for the first of five sketches). I even made some SolidWorks models for practice as well as my own eight step design process before getting into the refined five. But about halfway through completing my first of the refined five (the one below this paragraph), I was offered by my instructor to help with an unrelated project someone else in the class was going to start working on instead of continuing the architecture project.

This project was not related to architecture at all but it was unlike anything I had done before and something that I would likely learn more new things from so I accepted it. I can’t imagine what I would’ve created if I had completed the entire architecture project but it’s not a really big deal to me because all that mattered was that I was improving my skills, knowledge, and experience. Anyways, below is a gallery of all the buildings I made in SOLIDWORKS during this project as well as the references the first ten sketches are based off of.

One thought on “STREAMLINED ARCHITECTURE (2019)”